Aquariums should not only be a safe and comfortable environment for your fish to dwell in, they should also be an aesthetically pleasing feature for whatever space you want to put them in.

The best aquariums will brighten and enliven any room in the house. Of course, one of the best ways of achieving this is by adding aquatic plants and ornaments to your tank to create a wonderful natural aquatic scene.

In the past this have often required a lot of effort and specialist aquatic horticulture knowledge, but that is no longer the case.

Fortunately, marimo moss balls promise to add a new dimension to your aquatic scene, and they only require a minimum amount of fuss and trouble.

These interesting green spheres are becoming more and more popular in the aquarium world, and it’s not hard to see why.

They are curious looking, marimo moss ball care is notoriously easy, and they can live for a long time.

What are Marimo Moss Balls?

Interestingly, although Marimo moss balls are treated like normal aquatic plants, they are actually a form of algae.

But alas it’s not like the pernicious kind of destructive aquarium algae that is the worst nightmare of most fish tank enthusiasts, marimo is a much more tame and controlled form of algae.

Hence you don’t need to worry too much about this algae getting out of control and destroying the ecosystem of your tank.

It immediately stands out from other features of aquatic horticulture because of its unnatural, perfectly spherical shape, even do it has no inner core to keep its shape.

It is becoming increasingly widespread in the aquarium community, and is most often found as decoration in waterscape tanks with no fish, but it can also be used in community freshwater tanks as well.

How big are they?

Video: “How To Grow A Marimo Moss Ball”

Marimo moss balls come in a variety of shapes and sizes. Although they are naturally spherical in shape, they can be adjusted to grow in slightly different forms.

For example, in many tanks you will find that the owners have squeezed or compressed them into different shapes such as flat mat shapes, ovals or even more abstruse shapes.

Marimo moss ball care is absolutely vital. In nature the natural rolling waves and gentle lapping of the water will help them keep their spherical shape.

You can attempt to mimic or recreate this effect in the enclosed confines of your tank. Simply use your hand or other implement to create small waves or currents in your tank.

Don’t be too violent or else the algae and other creatures might actually suffer, because these moss balls are commonly found in nature only in relatively calm lakes.

Size can also vary drastically. They can start off as small as only a few centimetres in diameter, but with care, attention and lots of time they can grow to be many inches in diameter.

They grow at a very slow rate, approximately 5 mm per year depending on water conditions.

Generally, if conditions are favorable, they will live for a very long time and will stay growing all that time, which is how it can grow to such large proportions. In general these are not hard things to care for, and they can survive and even thrive in a vast range of conditions with minimal interference.

However, if you want to achieve the best aquatic display you possibly can, then there are a few fundamentals of marimo moss ball care that you should follow to the letter.

First of all, as with all forms of algae, proper and plentiful lighting is vital.

We all know that algae thrives in sunlight, and in excessive sunlight the algae can often take over outside ponds or pools, consuming all the resources and driving the ecosystem to disaster.

That’s why it is often recommended to build outdoor ornamental ponds in the shade.

Well marimo moss balls are somewhat different, but they share the same predilection for light. If there is no natural light source near your tank then you should install a fluorescent light bulb to make up for this.

However, you also need to be aware of the dangers of excessive light, especially direct sunlight. Direct sunlight will be magnified by the glass of the tank and can heat the water and cause distress and damage to your marimo balls.

This may even cause them to turn brown or die. In the wild, marimo balls are used to cool lakes and temperatures.

Tanks should not be placed in areas of direct sunlight for that reason. The best tank temperature for growing marimo moss balls seems to be around 80 F.

Water conditions are also crucial to provide a welcoming environment for your marimo moss balls.

They are a relatively hardy aquatic species which will be able to survive in a broad range of water chemistry conditions. However, for best results you should try and recreate their natural habitat as closely as possible.

This means they prefer relatively hard water, at low temperatures, with a relatively high concentration of calcium present.

They prefer to live in waters with low biological activity. This is why they will thrive best when they are kept in their own tanks away from fish, though they can also survive in tanks so long as they are not too crowded with fish and other creatures.

You need to change the water in your marimo moss ball tanks regularly.

A water change, with normal tap water, should be conducted every 2 weeks. This will prevent the buildup of harmful chemicals in the water that could poison your beloved marimo moss balls.

What’s more, you may need to change the water more regularly in the summer, as evaporation can cause the harmful substances in the water to become more concentrated and deadly.

Regular cleaning of the tanks is also recommended, for health as well as the appearance of your tank.

Any algae that breaks away from the balls and either forms on the surface of the water or the tank substrate should be removed as soon as it is detected.

What happens if the Marimo Moss balls turn brown?

This is a sign that your balls of algae are living in unhealthy conditions and have become distressed.

They will not grow in these conditions. If this happens it is advised to remove the affected balls to a cooler place with less direct sunlight.

You may add aquarium ocean salt to the water to help improve matters.

If you find that your Marimo moss balls are floating that is also not normal. Usually this means that they have got an air bubble trapped internally which has caused to become more buoyant.

You can usually easily remedy this by giving your moss ball a gentle squeeze to remove the air bubble.

It is also advised that you do handle the ball occasionally to help it keep its shape.

Can I put them with my fish?

The answer to this question depends entirely on what type of fish.

For example, they have been found to grow happily in the same tanks as bettas, while other fish are known to take too much of a liking to marimo and eat the algae balls.

You should thoroughly research your fish beforehand to make sure they are compatible and can thrive in the same water conditions.

Then place a small amount of balls in the tank and monitor them as a sort of trial run. If they grow easily you can consider adding more to the tank.

How do I grow more Marimo Moss balls?

Video: “Marimo moss ball – What is it? And how to propagate?”

Although it is relatively easy to purchase marimo moss balls, you may prefer to grow your own from your existing stock.

Thankfully, this is also a simple task.

Simple take one of your larger moss balls, and carefully cut it in two.

Then remold each of the halves into a spherical shape in your hands. Simply place these back in the tank and watch them grow! 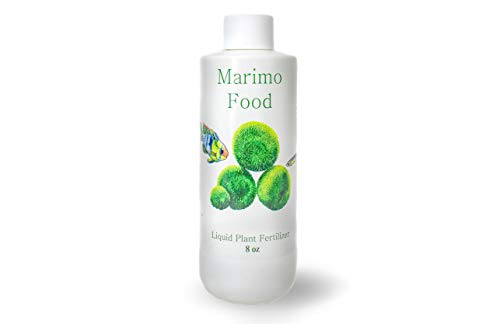 Marimo Moss balls are a wonderful aquatic plant that is native to, and revered, in Japan.

In recent years this extraordinary aquatic algae species has become more and more popular around the world.

It has a gorgeous velvety appearance that can elevate any aquarium or waterscape, and plus marimo moss ball care is simple even for inexperienced beginners.

You just need to make sure that it is kept in cool waters, out of direct sunlight, with regular water changes to keep down the level of nutrients in the tank.

Beware of browning too and gently handle them to keep the pleasing spherical shape.

How To Aquascape: A Full Guide